Psychotherapy via the internet helps efficiently

There is no need for direct contact with the client in the psychologist's office. Until recently it was unthinkable by the specialists. Yet online psychotherapy, in which psychologist-client communicate through the computer has positive results as it is confirmed by studies.

The fees of psychotherapy online is also reduced because of reduced operating costs.

Published study in the medical journal Lancet, showing that remote psychotherapy is completely functional. It concerns cognitive psychotherapy to treat depression. The study included 297 patients. 149 were treated online via the Internet and other 148 were offered traditional methods in the psychologist’s office. After four months, 38% of patients following treatment with intermediate computer reported significant improvement. In the other group 24% reported positive results. After another four months the gap was widened to 42% for the online group and 26% for the traditional group.

The experts are positive

Online sessions were scheduled and lasted for 55 minutes. During this time therapist and client communicate in real time via their computers. The team of British researchers pointed out that at the end of each session the patients could have access to the full text of the discussion, which allowed them to see and process the negative thoughts and feelings. "Treating via a computer can be useful only if there is direct contact between the patient and the therapist at least in the initial phase or some time thereafter," says Enrico Molinari, Professor of Psychology at the Catholic University of Milan.

Many experts are keen on using the Internet to relieve the patient. Many treatments are provided by teleconference or even by phone. The Italian associations of psychotherapists ‘approved’ online psychotherapy after certain conditions are met. For example, the client must know the identity and the therapist's office and must be aware if other people are involved in the therapeutic process. Psychologists, also, should check whether the person seeking help has come of age. 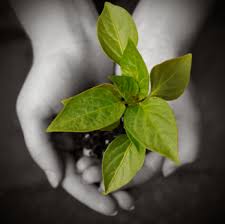