The office of the psychologist

Throughout the history of mankind has been incorporated in the common sense belief that under certain conditions some people have the ability to help others to cope with the problems of life. This belief has become an institution with the development sciences such as psychology, psychiatry, sociology and anthropology. Practitioners of these sites should help in the handling and solution of social and emotional problems.

The science of psychology deals with human behavior and provides the knowledge to interpret what lies behind each practice to explain why it happened, and tries using various techniques to transform their behavior or thoughts, which lead to undesirable or very often intolerable situations.

Official responsibilities of a psychologist designated by the International Labour Office as the following:

• It studies the behavior of human mental / intellectual functions and investigates and recommends treatment for psychological problems in medicine, education and industry.
• Performs research experiments and observations in humans and animals to measure psychological, mental and physical characteristics.
• Analyze the influence of heredity and environment in thought and human behavior.
• Undertakes diagnosis, treatment and prevention of emotional disorders and abnormal personality development and adjustment deficiencies in social and professional environment.
• composes and performs tests to measure intelligence, abilities, skills and other attributes of man, interprets the resulting data and gives appropriate recommendations. 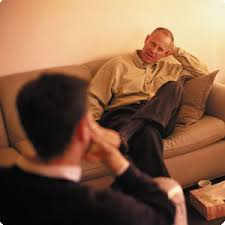 The spectrum, therefore, the activities of psychology is very wide, so it is divided into specializations. Clinical psychology is the one who deals with people of which some elements of behavior have taken pathological form, which is unpleasant. In order to obtain a specialist in clinical psychology followed by at least two years of postgraduate study at one of the recognized universities. That required a total attendance of at least 6 years.

A psychologist is required to have faith and devotion to work and never ceases to develop the positive aspects of his own personality, especially that of availability. That is, to give of himself, so the client to feel really close to him.

The various techniques used by the psychologist to help his client fall under the term methods of psychotherapy. The word psychotherapy, according to the ancient Greek term 'psycho-therapists: I serve, arrange the soul', it means creating conditions so open the way to healthy and growing mental state. There are many schools of psychotherapy and a psychologist followed only some of them, depending on training. It is tailored to the personality and the problems are presented.

Psychotherapy takes a few weeks to many months depending on the difficulty of the problem, the degree of resolution sought by the client and the method used. For example, the psychoanalysis of an adult-is-form of psychotherapy can take many years, while a simple behavior problem a child can be solved in a few meetings.

Today most people who seek the help of psychologists are those who feel that their problem has come to a head. Indeed, man has tremendous potential to find outlets to the challenges of life reserves. It would be better to refer to a therapist when the problem is at its early stage. Moreover, the psychologist has an obligation to himself to cultivate his personal maturation to become efficient in personal, family and professional life.

We hope, as professionals, we can offer our services at some point in your life. We also believe that the daily improvement of oneself is a prerequisite of mental health, quality of life, an obligation to ourselves and, by extension, to our family.